Yet another cool show this week on Community Noise. Join DJ Barnabas Wednesday 7pm and (repeat) Saturday 11am on KBFG 107.3 FM Seattle or stream at www.fulcrumcc.org.

We’ve got LA punk music, NY punk music, faux disco, neo-classical, spoken word — that’s just the first half of the show! We have Canadian hippies! Community Noise brings myriads of talent, all in one hour or less.

Alex Newell & DJ Cassidy created the song “Kill the Lights” for the HBO series, Vinyl. It represents the dawning of the Disco era in the early 1970s New York. Really good song.

Alex Shapiro lives in Friday Harbor and was delighted to provide music for Community Noise. Thanks, Alex.

That album cover is a detail of the Pre-Raphaelite painting Ophelia (First Version) by Arthur Hughes. I do not typically think of “Arthur” as a pre-Raphaelite name … 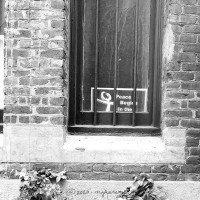