The portability of recorded music is unique in the arts.  You can go to a museum to look at objects, go to a theatre to watch a play, or go to a venue to take in a concert.  Recorded music can play in your home, your car, on your MP3 player for a walk, a run, at the gym; take it to the office, the woodshop, or the airplane.  Your music collection becomes a soundtrack to your life: you select songs and albums for the setting, the mood, the time of day.

Planning for a road trip through part of Oregon, what should I take along?  I’ve had a

separate stack of CDs for a few months, stuff that I hadn’t meant to ignore, stuff I’ve wanted to give a second chance, newer stuff that hadn’t made the home playlist yet.  The stack grew to 3 shoeboxes.  Finally, for this road trip, I cleaned out the CDs from my car, and picked out a couple of handfuls of the special stack for this trip.

Typically, “road trip music” interprets as music that is good to have on in the car when driving.  Simple enough.  I have expanded the meaning along a second prong, “music that I purposefully bring along, because I need to listen to it”.

Wordy, not pithy, but that’s what I’m doing.

The way I do it, until somebody has a better idea, the playlist is on YT, with the listing and liner notes below.  I hope you find something new.

I guess the album is pretty good, but I really just like the one song  … and it’s really good.

I finally bought the CD, instead of listening to just 2 songs on YT, I can listen to the whole thing.  The 2 songs I previously knew are the best by far, but it’s a good record for me to listen to; lots of fresh ideas.

There is one stanza, I’d swear she’s singing, “I know you think I’m a social path …”; in fact, she sings “sociopath”.   Still, what might a “social path” be?

I think it would mean an avenue to meet people, or to be invited to a party, or to join a new clique.  Something like that.  I think “social path” should be added to the English lexicon.

Formed in Eugene, OR, not far from where I am as I write this, in the late 1980s.  When Brian Setzer gave us the mid-1990s Swing movement, CPD slid right into place.  Cool band.

Anybody that has heard of CPD knows the song “Zoot Suit Riot”; if you haven’t heard of them, it’s a good song.

My memory might be ill, but I seem to recall receiving this as a gift for attending a show at The Crocodile Café.  The Croc used to do this; I have other gift CDs from shows there.  This is a 2002 release from Reverb Records.  It includes, for example, The High Violets and “44 down”

In case you don’t know about shoegazz, Wikipedia says, “Shoegazing is a subgenre of indie and alternative rock that emerged in the United Kingdom in the late 1980s.  Its sound is characterized by an ethereal mixture of obscured vocals, guitar distortion and effects, feedback, and overwhelming volume.”

Elvis is a tough one.  I was never really exposed to him, and then a few years ago my nephew made me buy This Year’s Model.  It’s fun to listen to, but it never makes it into my home rotation.

FB friend posted this while I was on the trip.  Does listening to songs in the hotel count as part of the road trip?  It must.

Do not watch the video whilst driving a horseless carriage, thou.

Driving through the Umpqua Valley, from the Coast to Bend, Oregon, I stopped in Roseburg for lunch, and picked up the community quarterly, UV.  There’s an article about a local guy that curates 1970s soul.  I’m asking him to work on a playlist with me for Community Noise.  Stay tuned.  One song I learned from him, “Baby I miss you”.

I just happened upon this, searching for YT videos.  I love these guys.

I’ve featured this ensemble before; I think these guys are incredible.  Far away from my roots in pop and punk rock, this music is complicated, intense, and learned, but remains enchanting.

My hope is that their music finds a touchstone for people that allows for the exploration of more musical forms.  It’s fun to watch them play, unfortunately, I couldn’t find any live versions of this album, Thirteen Ways.

It was a trip to London in 2004, previously documented in these pages, when I stumbled upon the Rough Trade record shop.  I asked the shop attendant for new music that I should give a try.  The bloke behind the counter handed me this, Blueberry Boat. (This is one of my ploys to find new stuff – ask the attendant for whatever he or she is listening to.)

It’s a tough album to figure out.  That’s why I lost it in the archives.  It will take some time for me to find my way with it, the right mood, the right time of day, all that.  There’s something going on though, and I think this is a record worthy of the time to work it out.

I don’t need to remember to listen to this one, it takes effort not to play it to death.  This album is perfect; every song is beautiful and there is song-to-song cohesion. The voices, instrumentation, the emotions: perfectly intertwine.

This album, The Good Son, is a masterwork of Western Civilization.

© Community Noise 2018.  Unauthorized use and/or duplication of this material without express and written permission from this site’s author and/or owner is strictly prohibited. 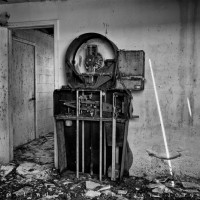 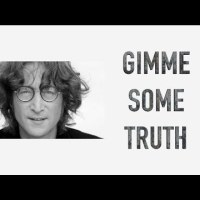